Ever felt like losing your mobile phone for an hour was as bad as losing your left arm? We’ve become so used to a variety of technologies and convenient comforts that it can be difficult to imagine how we’d cope out in “the wild”. Generally speaking, that’s all we have to do: imagine.

Sometimes, though, people are required to do more than imagine. Forget mobile phones, though; some of history’s most famous castaways survived for years with nothing more than their own bodies and whatever they could find on desert island. Here, we’re taking a closer look at four of those individuals.

Selkirk was a Scottish sailor, who actually elected to stay behind on an island, located off the east coast of Chile. He believed the ship (that could have been his ride home) wasn’t seaworthy, so instead decided to stay behind and to fend for himself. It wasn’t until 4 years and 4 months later that help eventually did arrive. He initially struggled to speak, but later inspired the well-known novel, “Robinson Crusoe”. All in all, the mere fact that Selkirk survived for such an extended period of time is impressive enough, but he also had to hide from Spanish sailors on a few occasions, when they came to the island to stock up on supplies. 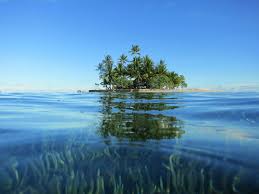 This particular case study makes our list primarily due to its bizarre origins; of all our famous castaways, these two have a truly strange starting point. Gerald Kingsland issued an advert in Time Out magazine, looking for a wife to accompany him on an isolated trip to a desert island. Perhaps slightly surprisingly, he received a response from a 24-year-old Lucy Irvine. The two then survived for a year as self-imposed castaways, from 1982 – 83. When they returned, the two wrote separate accounts of their experiences. Irvine published hers, “Castaway”, which later acted as the inspiration for Robert Zemicks’ 2000 film, “Cast Away”.

The longest survival story of our trio, Juana Maria’s account is truly fascinating. All in all, she made it 18 years on San Nicolas island. After most of her tribe were killed in 1853, the woman who would become known as the “Lone Woman of San Nicolas Island” survived in a hut made from whale bones, eating seal blubber (among, it is thought, a range of other foods). She was eventually rescued and brought, for the first time, to civilization when George Nidever found her. He brought her to Europe, where she communicated her story though hand gestures. Unfortunately, she was unable to adjust to this drastically new diet and passed away a few months later. While her true name has never been known, she was given “Juana Maria” as she was baptised.

While we’re not going to leave you for 18 years on an uninhabited desert island, and you won’t be added to our list of real-life famous castaways, Bushmasters can provide you with the chance to test yourself in similar conditions to those endured by these four individuals.

Our island survival trip teaches you a number of key skills, before a simulated helicopter crash leaves you to fend for yourself until rescue arrives. If you think you’d be able to cope in these alien conditions and want to put yourself to the test, get in touch with Bushmasters about our upcoming trips. We look forward to hearing from you!