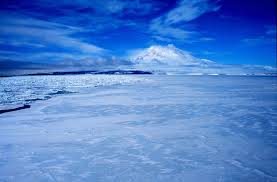 5 of the Earth’s Most Extreme Environments

Earth is home to a vast array of stunning landscapes, wonderful ecosystems, and millions of different life forms. It is also the home of many challenging and extreme environments. Here at Bushmasters, we specialise in taking people out of their comfort zone, and giving them the guidance they need to survive in a number of locations.

The five extreme environments that we’ve picked out, listed below, cover a range of different conditions in a variety of ecosystems, over five different continents:

The coldest place in the world 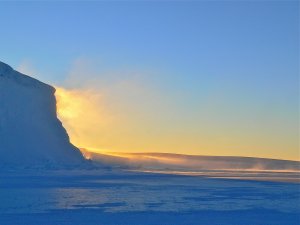 Let’s start as we mean to go on. Antarctica is undoubtedly one of the planet’s most extreme environments. It’s so cold there that it’s virtually impossible to travel in, out, or around the land mass during winter. A combination of blizzards and the sheer cold mean that it’s incredibly difficult for people to survive outside. As a result, any scientific researchers that do decide to brave the harsh conditions generally only stay put from November to March.

Despite the difficulties that face people in Antarctica, a number of animals reside on the continent. Penguins, whales, and seals all thrive in the conditions, as they have adapted to suit their surroundings; with average temperatures of between -10 and – 60 degrees celsius (with a record low of – 89), it’s hardly surprising that they’ve had to do so! 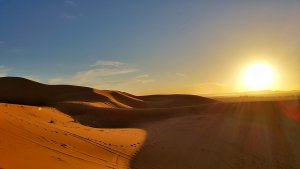 From one extreme to another, Africa’s Sahara is one of the hottest places on Earth, and easily makes it onto our list of extreme environments. Interestingly, it’s third on the list of the world’s largest deserts, behind the arctic and antarctic; no, deserts don’t necessarily have to be hot.

Thousands of years ago, the edges of the Sahara were just about inhabitable. Now, however, the amount of water and vegetation is minimal. Despite the unbearable heat and destructive sandstorms, though, a small number of people do live there. Surviving by farming and making use of whatever vegetation they can find, the people of the Sahara have learnt how to get by in some of the harshest living conditions imaginable. For more information on how they might be doing it, see our desert survival guide!

Another one of the world’s hottest locations is the Australian Outback. The Outback makes it onto our list because there’s a fully functioning, relatively “normal” town in the middle of it. Our two previous examples are far too remote and challenging for such a settlement to work, but Alice Springs has found a way.

Founded in 1872, the town is a “mere” five hours from one of the continent’s most stunning features: Uluru. Despite its inhabited areas, however, a number of dangers consistently present themselves to anyone in the heart of the outback. As well as the obvious dangers of exposure and dehydration, the wildlife creates a number of challenges. The Inland Taipan is the world’s most venomous snake, while poisonous spiders and large saltwater crocodiles make up the rest of the troublesome trio. Slightly more civilised, but hardly less dangerous, the Australian Outback is third on our list of extreme environments.

Our South American entry is best known for one thing: storms. The Catatumbo River runs through Venezuala, but it’s the point where the river enters Lake Maracaibo that makes it really interesting. Also known as the “everlasting storm”, the Catatumbo lightning is quite possibly the world’s most spectacular atmospheric phenomenon.

With an average of 260 days of stormy weather a year, “everlasting” isn’t much of an exaggeration either. Thousands of lightning bolts strike the waters in an hour, with up to 28 flashes occurring every minute. Several settlements sit on the waters, meaning that many have learnt to live safely in their super-charged surroundings.

The deepest point of the ocean 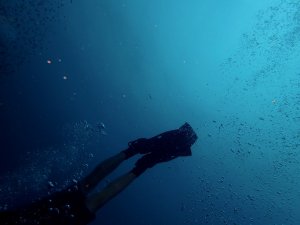 Situated in the Pacific Ocean, just off the East coast of Asia, is our fifth and final environment. A slightly different setting to our previous land-based environments, Challenger Deep is the deepest known point of the world’s seabed. At 10, 916 metres deep, you could drop Everest into the sea and watch it sink comfortably below the surface.

It goes without saying that, as far as we know, there aren’t any people living at the bottom of Challenger Deep. There is, however, a surprising amount of wildlife patrolling the depths. The Seadevil Anglerfish looks suspiciously like something out of the first Star Wars film, while the ghostly Telescope Octopus adds mystery and atmosphere to a location not lacking in either. Exactly what else lives down there is unknown, and you can bet we haven’t seen all of it yet.

We don’t run any trips to Antarctica or the Sahara, but we do give you the opportunity to experience extreme environments. Our locations include the lush jungle of Guyana, the remote island of Belize, and the challenging conditions of the Jordan desert.

All of our survival experiences are incredibly rewarding. Head over to our survival stories page to hear from real people who have come on our adventures before. If you fancy your chances on any of our survival trips, check out our dates and costs page to see when our next experience is taking place.